Concrete art evolved as a counter-movement to surrealism in 1930’s Paris. Its adherents sought to distance themselves from abstract art, which did start at the figurative level, as painters and sculptors abstracted from what they saw. The concrete art ideology took its principles instead from mathematics, striving to avoid subjective interpretation entirely. The work was “of itself”, its own. Work from later concrete artists like Charlotte Mayer, Thomas Joynes, and Swedish Lars Erik Falk (whose public sculptures Lervik played on as a child) inspired Lervik in making this sculptural lamp with geometric shapes. 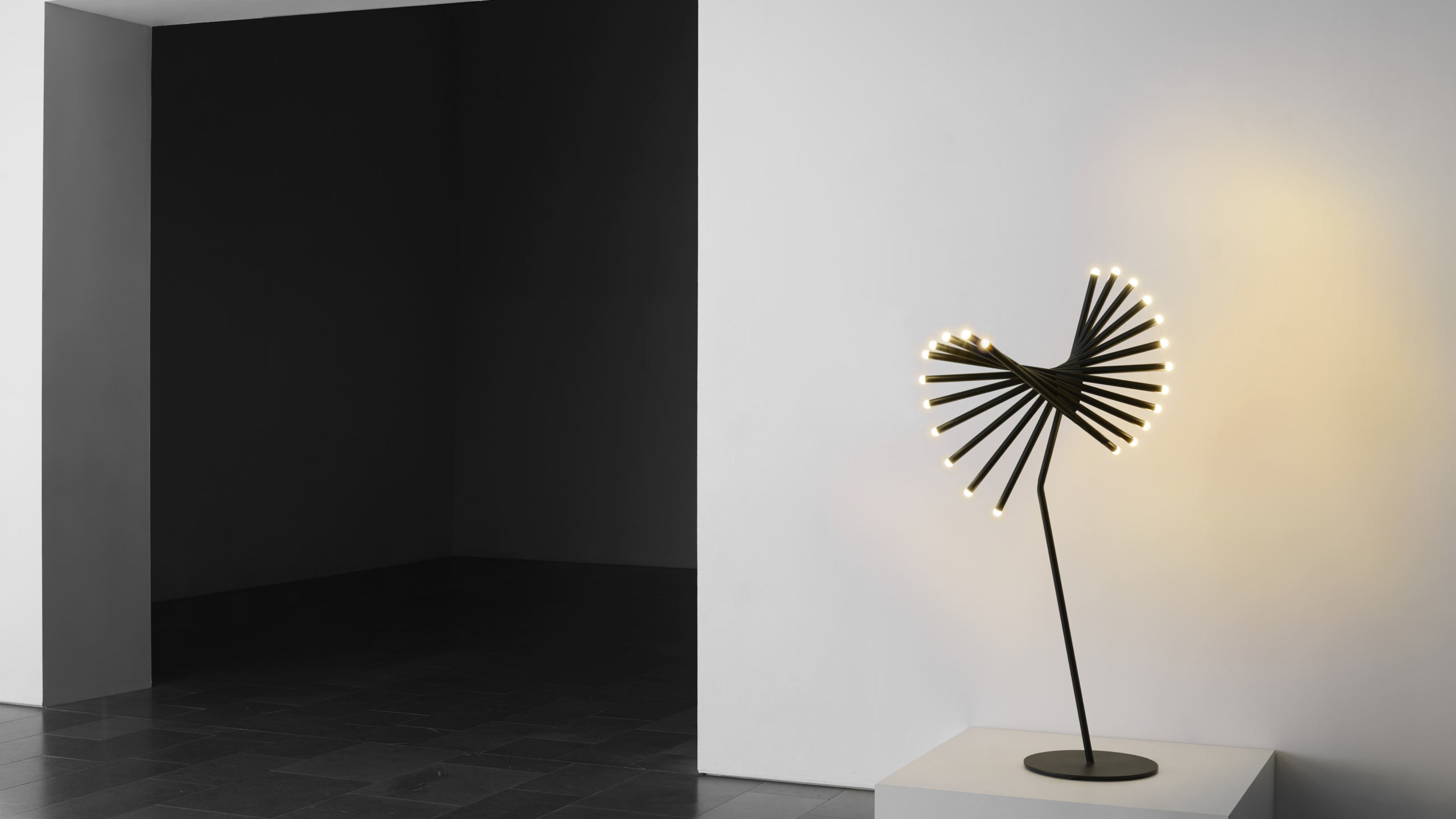 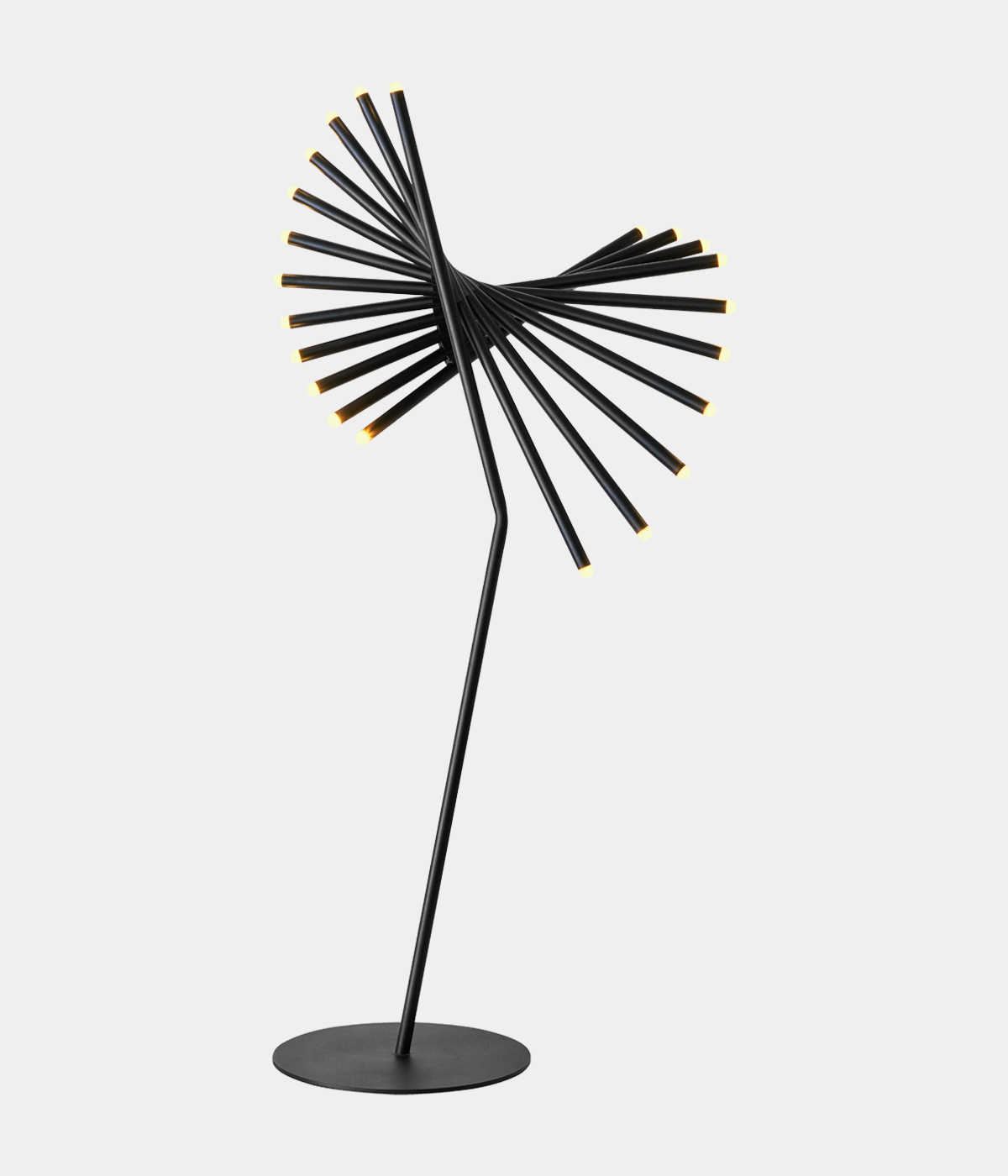