PLUS1 is an idea, a project, which leads to the expansion of the design industry and its expression by highlighting underrepresented practitioners. Behind it stands the designer Alexander Lervik, who at a seminar during the Möbeldesignmuseet’s exhibition Female Traces (2019) gained an essential insight during a few lectures. Partly about how male-dominated the design industry is and how difficult it is for younger women to get into the heat. Partly, how skewed the spotlight is given that women are in a clear majority on the courses. Could he, based on his privileged position, improve the situation? Yes, by inviting a woman at the beginning of her career to a collaboration with both himself and a producer, this first time Anna Herrmann and Johanson Design.

Designer Anna Herrmann works in her studio in Munich with lighting, furniture and interiors. In 2019, she graduated from Beckmans and received both Svensk Tenn’s design scholarship and Ikea’s work permit. Previously, she studied at the University of Applied Sciences in Aachen, Germany. The combination of her Swedish and German heritage contributes to as much functional thinking as artistry, which can be seen in the three objects she presents during Stockholm Design Week 2022. The Joan wall lamp, which creates a poetic illusion of a line drawing, is today produced by Noon Lighting. The seating furniture for Johanson Design, the armchair and the chair Poodle, are two tough, at the same time pretty, sibling-like characters with a lot of personality. A design language that stands out, teases the eye but feels secure in its flirtation with historical lines. The possibility of different color schemes and textile types gives even more distinctive identities. A strong source of inspiration has been Anna’s research photos of dog haircuts because the dog groomer was closed due to corona. The Poodle furniture is designed together with Alexander Lervik in the PLUS1 project. 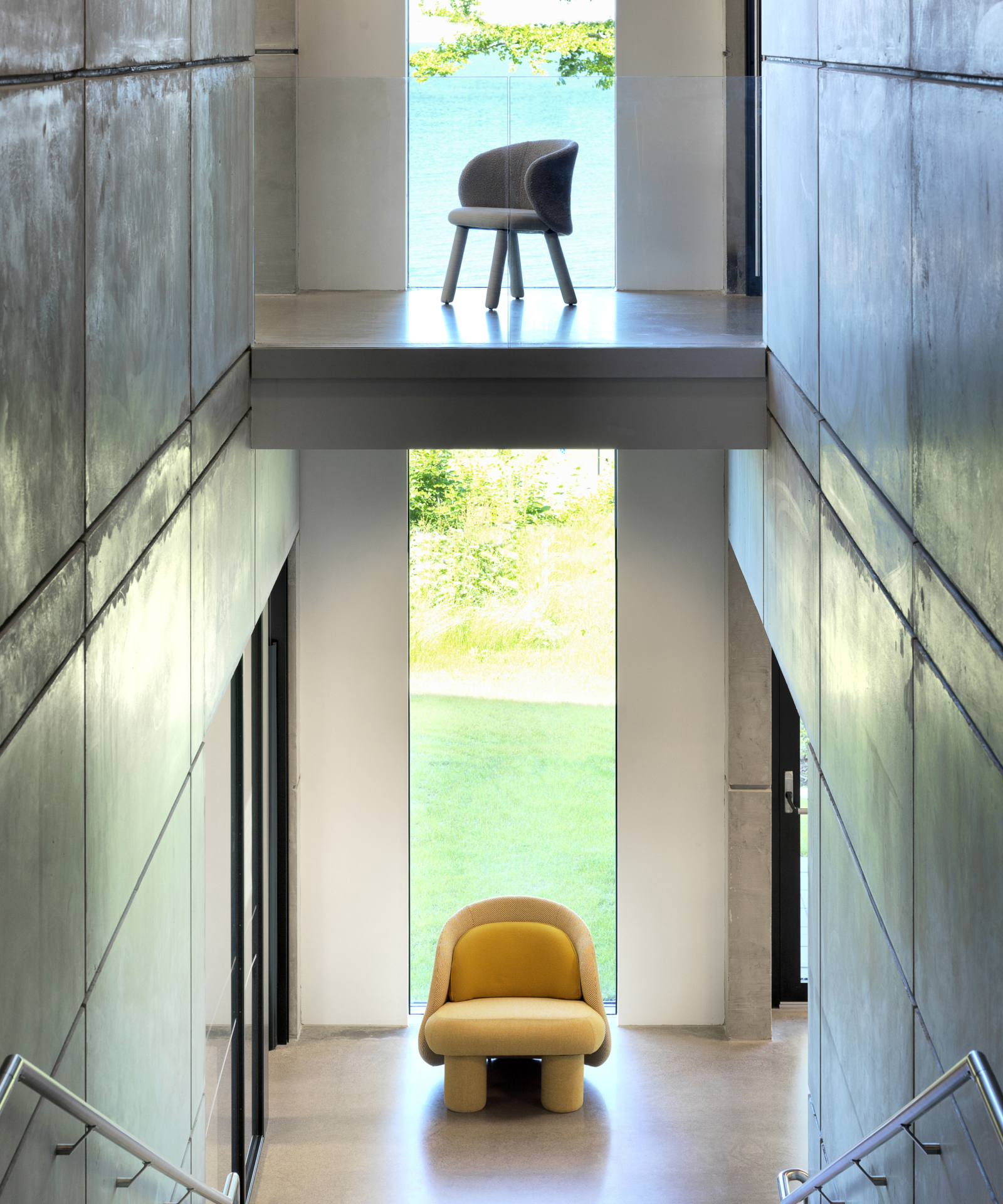 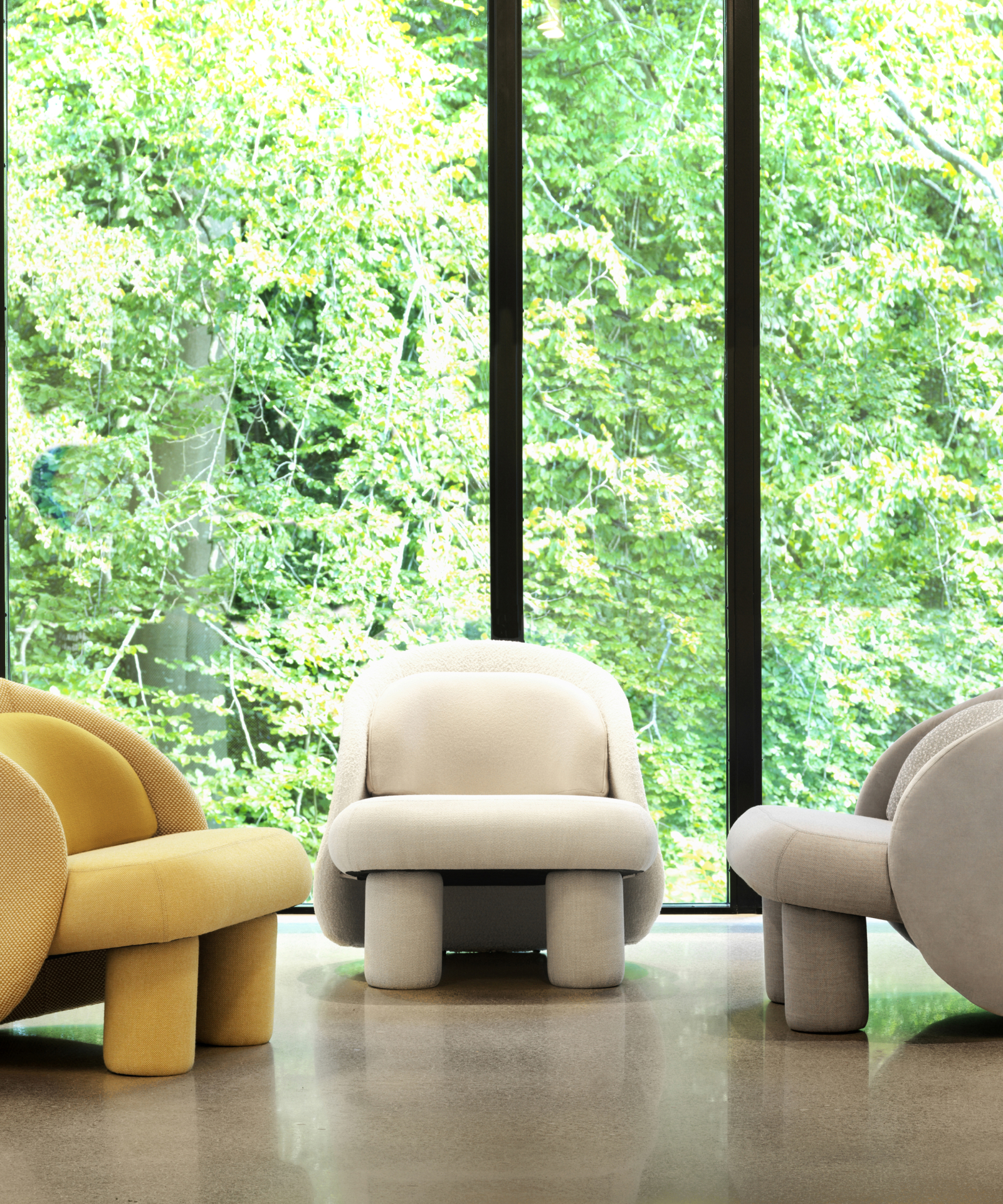 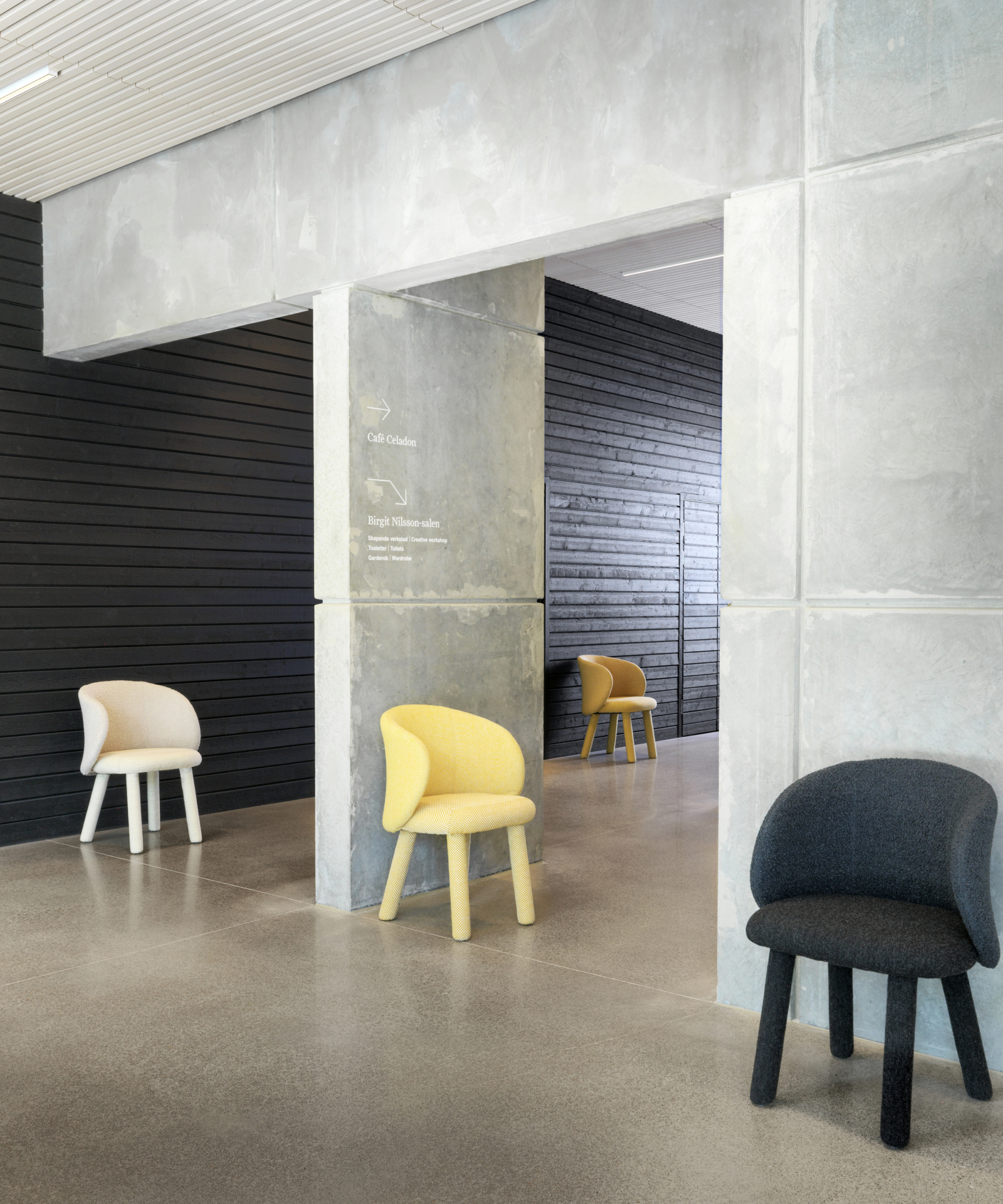