Abstract expressionism emerged in the 1940’s New York art world as an updated, more abstract version of the intense German expressionism which dominated the 1930’s. One of the movement’s most important innovations was action painting, a term coined by art critic Harold Rosenberg to describe the intensity and force many artists used to haul paint onto their canvases. Jackson Pollock was not the first to use techniques befitting this term, but has become the primary example of it. Pollock’s work is largely the inspiration for these glass objects, though also Virrar, the 1950’s print created by Bernadotte and displayed on many mid-century Swedish kitchen counters, has contributed. 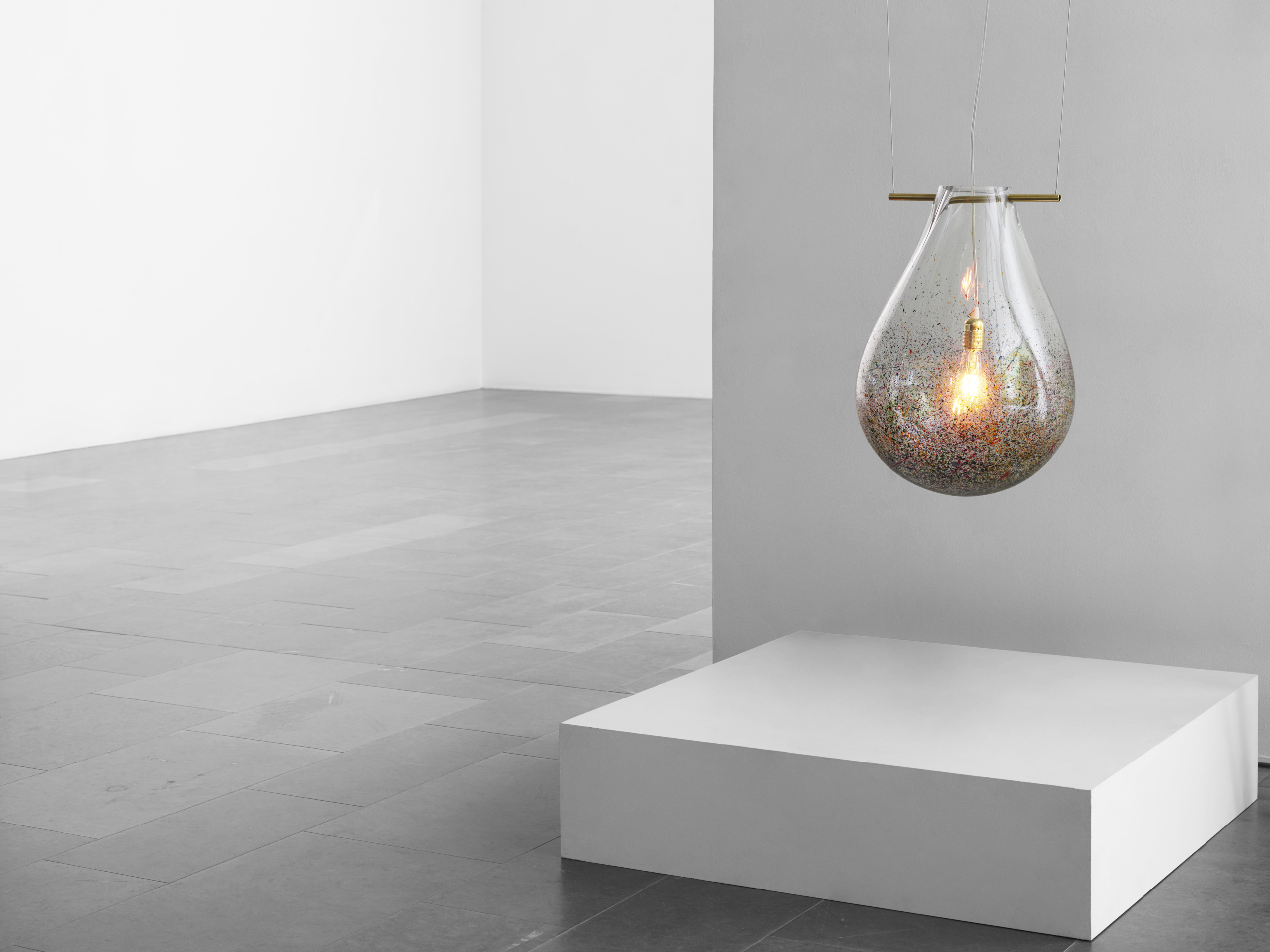 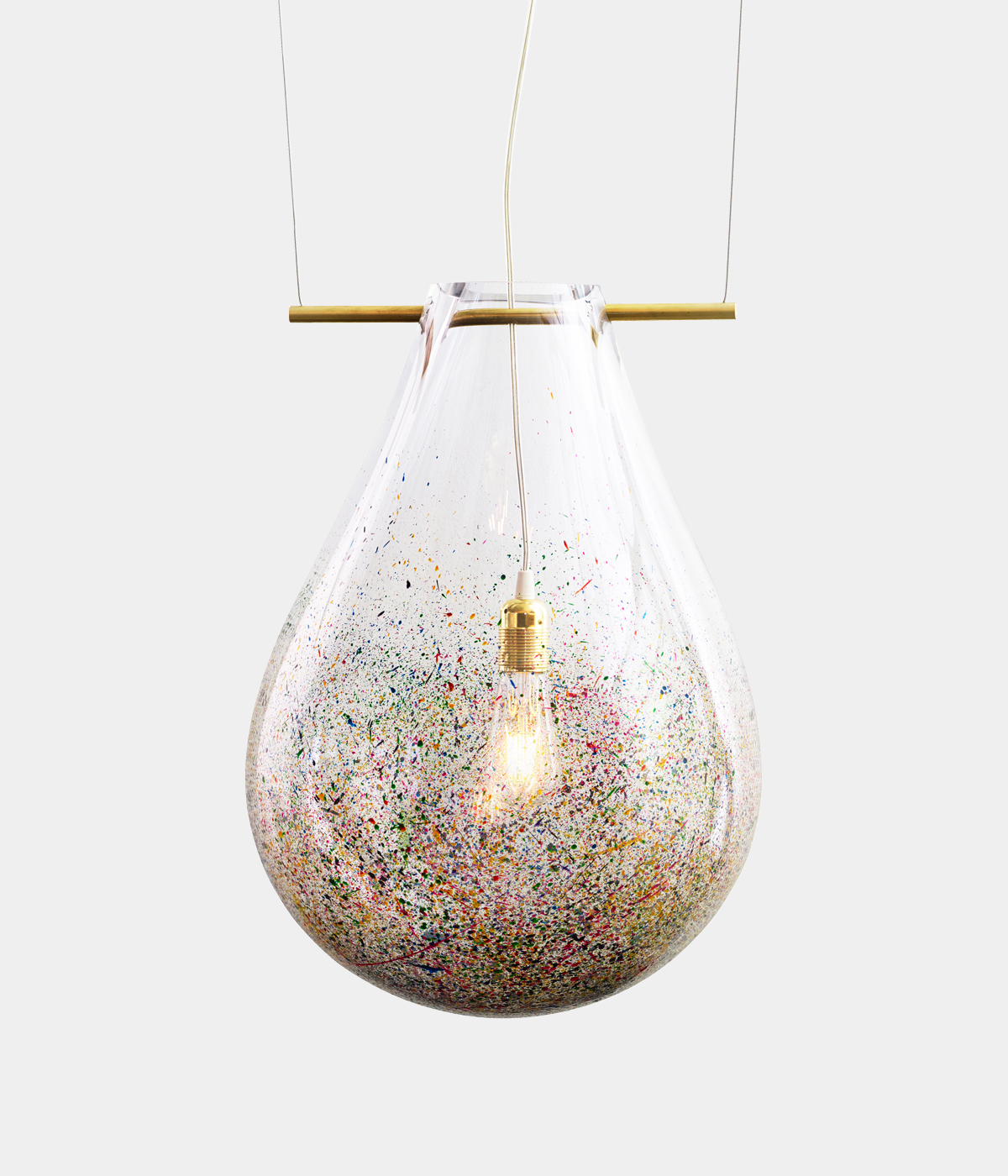